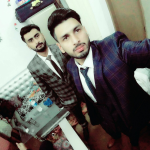 One of the noticeable differences between the two cards is that the V1 features a single 8-pin power connector as compared to the two on the original one. There’s a difference in size too; the OC V1 has been shortened to 2 slot design (42 mm) from a 2.2 slot design (52 mm).

It is expected that the RTX 3060 Ti Ventus 2X OC V1 will be announced next week with an upgraded 12 GB RAM.

The Importance of SEO Web Design for Business Success